[Editor’s note: Just a very quick entry as I don’t expect this to last past the Succession Trials next week. If you want to see these, get to Amarr ASAP!]

[Additional edit: As of 5/3, only 4 titans, the titans of the winning ‘retainers’ of the Trials, remain in Amarr. Not sure how long they will last!] 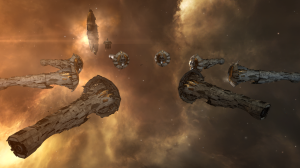 Just as the Empire races headfirst towards the Succession Trials to choose its next ruler, so too did I race headfirst towards the Empire’s homeworlds. With the end of the Trials close at hand, an honor guard has formed, the likes of which many space denizens have never seen before. The various champions of the two remaining Heirs in the Trials, Lord Aritcio Kor-Azor and Lady Catiz Tash-Murkon, have began holding vigil in spectacular fashion outside the Emperor’s Family Station in Amarr Prime, forming a fleet of Titans that haven’t been seen publicly in high security space since I’ve been a capsuleer. Next week, these titans will escort Lord Kelon Darklight and Lord Lysus, the two remaining champions, to the conclusion of the Trials. 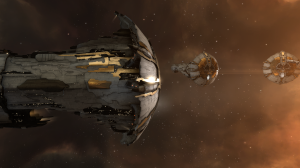 Hulls gleam in the sunlight.

Few denizens of high security space have seen a titan, much less a fleet of them. While I have before experienced the truly humbling experience of seeing such a, dare I say, titanic piece of engineering next to even my more sizeable vessels, seeing a fleet of them in formation is enough to once again remind me how small we truly are in the grand scheme of things. That being said, seeing these ships up close also helps to remind us the things that we can attain when we work together, and I have little doubt that the Empire hoped to instill that sense of unity when planning this display. Although I have little direct interest in the outcome of the Trials, I wish both sides the best of luck.

And if you have ever wanted to see eight titans in-person, now is your chance. 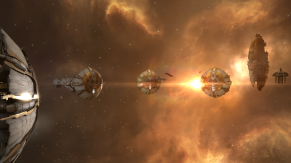 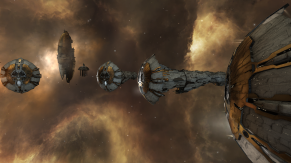 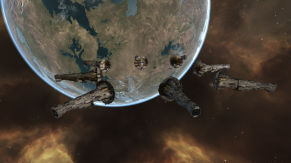 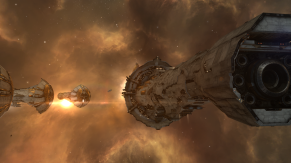 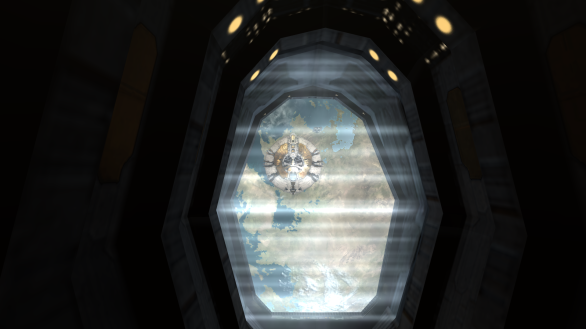 This entry was posted on April 15, 2016 by mark726. It was filed under Hi Sec Sights and was tagged with Domain.