The construction site found in Mara.

My legs are cramping. Given that I was in a pod, that was a feat in and of itself. The pod is a marvelous piece of engineering, designed as a complete life support system to protect that little kilogram and a half bundle of neural tissue that we call a brain. The pod feeds the body nutrients, exercises muscles, and provides alternative sensory input all to make the brain (and body) forget that its cooped up in a 2-3 meter capsule and not moving for long stretches of time in order to control a hulking interstellar spaceship. It’s designed to do this for weeks, months, maybe YEARS at a time. But here I am, only 6 weeks into my quest to find a fairly rare and specific site in Anoikis, and I can definitely tell through all of the neural input filters and thousand distractions that come with piloting a starship that my legs are cramping up.

I have no idea how Katia Sae does it. 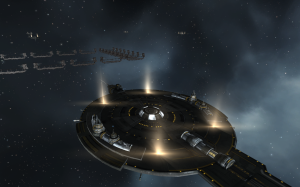 One of the landing pads near the construction site

But the story of that particular is for another time, if only because I have yet to actually find it. Instead, while browsing galnet a week ago, a news item caught my eye that eventually prompted me to take a sojourn back to civilized space for a little bit. Those of you watching the news are probably aware of the waves being made currently by Upwell Consortium. The Consortium is an alliance of corporations from across New Eden looking to bring new technology to the public. Beyond giving the Serpentis a (rather deserved) public-relations black eye, the Consortium is perhaps most well-known for looking to release so-called citadel stations, which look to up-end the market for capsuleer-owned station services. In order to promote their upcoming line of citadels, Upwell has decided to build some demonstration citadels to show their advantages. 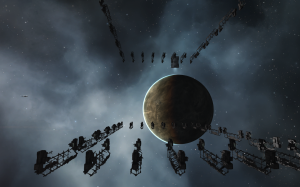 Mara I hangs in the background

Unfortunately, I decided to make a trip to see one such citadel, being built in Ourapheh, shortly after it was destroyed by a group of capsuleers who were apparently just looking for trouble. Sadly, I didn’t realize this until after I had left the confines of my temporary wormhole home and made the trip to Ourapheh. Upwell, however, seemed completely undeterred by the attacks on all 5 of their demonstration sites (found in Ourapheh, Anjedin, Asgeir, Mara, and PF-346), and quickly announced that the demonstration sites had been restarted with better security and the removal of a computer virus. That being said, the announcements were made by Upwell’s Department of Friendship and Mutual Assistance. If history is any guide, departments with name such as this tend to have precisely the opposite effect, but I guess I will have to see how these play out. 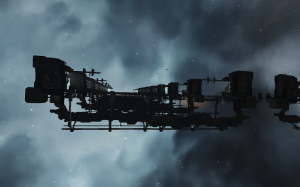 A close up of some of the manufacturing arrays

However, with the construction projects now restarted, I quickly made my way over to the new sites. Apparently, the second time is the charm, and I arrived at a not-blown-up construction site. Admittedly, there was not much to see at this point. The construction site was close to the Customs Office orbiting Mara I, although for now it consists of little more than multiple landing platforms to coordinate supply runs and a multitude of manufacturing sites. Although a bit of work could be seen occurring in the manufacturing yards, little could be seen by way of output, perhaps because Upwell is still waiting on research components to fuel construction. I look forward to seeing the finished sites, however, as all reports of the citadels thus far indicate that even the smallest versions will still be quite sizeable, while the largest version will be able to dock even the largest titans. Those will truly be sites to see, and hopefully someday I will be able to. 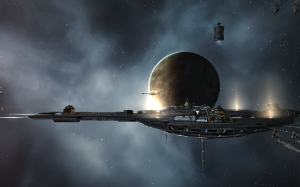 I look forward to seeing what eventually gets built

That being said, however, my ability to someday see the largest citadels seems contingent on me someday leaving Anoikis to come back to New Eden. After spending a few minutes at the site wondering what was to come, I reversed my course and headed back to my temporary wormhole home. Even though I was only in New Eden for a few short moments, it was nice to see the hustle and bustle of civilized space, not to mention actual ships instead of the feeling of dread that comes over me in Anoikis when probes show up on the d-scan that aren’t my own. Regardless, I was in it to the end. While the Children of Light may have defeated me, I am content to live in Anoikis as long as it takes to find what I’m looking for, even if it means dealing with leg cramps. With one last look around at New Eden, I went forth once more into the great unknown.

EDIT: I don’t have time to add a complete new post but some updated pictures of construction on the Citadels can be found below. 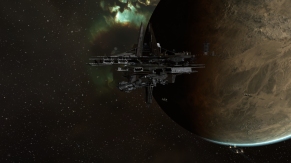 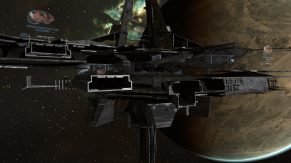 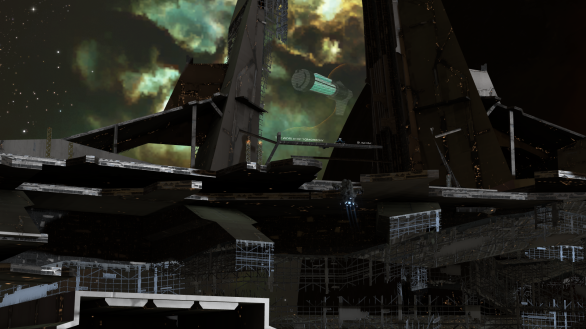 This entry was posted on January 30, 2016 by mark726. It was filed under Hi Sec Sights, Low Sec Sights, Null Sec Sights and was tagged with Genesis, Lonetrek, metropolis, Syndicate, Tash-Murkon.